I try not to stay up so late on week nights, but lately I have created a bad habit of staying up well past midnight. One reason is Charlie Rose. Not so much because of him, but because he gets some really good guests on and it is a straight forward Q and A format. I dig it. I just wish he was on earlier than 12am EST.

Last night he had Marc Andreessen of Netscape/Jim Clark fame and now he involved with a lot of major web applications companies - two of them being Facebook and Ning. They have not posted any of Marc's interview video yet on www.charlierose.com but I am hopeful it will be added soon. It is not in YouTube either.

Marc gave his take on all sorts of things like Facebook, their value, Twitter, Ning, Google, mobile, etc. It was cool and insightful to hear someone who is actually in the thick of a lot this stuff give his take. Smart guy, obviously.
Posted by Jacob Leffler presents.............. SHORT ATTENTION SPAN THEATRE at 11:45 AM No comments:

Give Your Audience What They Want

Denny's is still mopping up the positive results from their integrated campaign anchored by the $5 million Super Bowl ad buy.

Check out the piece below - but recognize - spend $5 million, get tons of web traffic and most importantly yield over $50 million in free earned media, turn out tons of customers for the free breakfast (so what you make money on the drinks, other food ordered and the goodwill generated translates into future business - as long as those customers were properly served) and your franchisees are smiling from ear to ear.

The full piece is here but a portion is below.

Not surprisingly, the metrics are confirming that Denny's got a lot of attention with its Super Bowl commercial promoting a free Grand Slam Breakfast last Tuesday.

Denny's reported that its $3 million commercial drew two million people into its 1,600 outlets in North America and Puerto Rico. The total expense of $5 million for the promotion also yielded $50 million in news coverage, the restaurant chain estimated.

Online buzz was also intense. According to the Social Media Index (SMI) developed by social media services provider Vitrue, which measures the extent of online conversations about a brand in social networks, blogs, Twitter and video/photo sharing on a daily basis, Denny's SMI jumped from a pre-game 22 to 45.6 by last Wednesday. As of last Thursday, the gains were holding up, with an SMI of 44.1.

Couldn't Pass This Up - Milton Friedman Taking Phil to School

Stumbled across this gem and had to post it. Where is Milton when you need him? 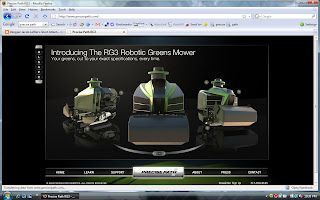 The Basement Design + Motion worked with client Precise Path Robotics to launch this web site and cg animations to help them introduce their new product - the RG3.

Digital Contiunues to Be Bright Spot for Agencies

In terms of client spend in 2009, the majority of respondents worldwide say their clients will spend at least 20% less.

Digital marketing is among the few bright spots in the survey, with half the CEOs citing it as a growth area in 2009. Among North American CEOs, 62% said that they think digital will grow this year, while 39% of non-North American CEOs said the same.

Jacob Leffler presents.............. SHORT ATTENTION SPAN THEATRE
Jacob Leffler possesses 16 years as a media/communications professional. Most of that time has been spent as a business owner in the digital media industry. This blog covers many angles in digital advertising, marketing, social media and general business. A personal note or two gets thrown in from time to time.